The Club has compiled an FAQ which focuses on the implications for P&I insurance of choosing to use the Northern Sea Route. A pdf of the FAQs is attached.

The Northern Sea Route (NSR), or North East Passage, runs along the Russian coast from the Atlantic to the Pacific through the Kara, Laptev, East Siberian, and Chukchi Seas, having the potential to significantly shorten voyage times between European and Far Eastern ports. The exact routing is variable and depends on the time of the year, ice conditions, and the size and draft of the ship in question.

The route has long been used by Russian shipping for domestic purposes, but, with climate change reducing levels of Arctic sea ice, has been used for commercial voyages by international shipping since 2009 and the numbers of such transits have steadily increased.

The route is administered by Russia's Northern Sea Route Administration (NSRA) under laws that were most recently updated in 2013. The main season for transits when sea ice recedes is from late July to early November.

Members contemplating whether newly to use the Northern Sea Route should conduct a thorough risk assessment and should contact the Club to confirm the position in relation to P&I cover.

This website contains a collection of links (including an article on The Northwest Passage) to relevant information for assessing the risk of Arctic voyages.

The FAQs in this document focus on the implications for P&I insurance of choosing to use the Northern Sea Route.

Q: Does the UK Club have any geographical limits to exclude cover for polar risks?

No - the UK Club has no geographical exclusions and has been insuring P&I risks arising from Arctic trading for many years, through coverage of fleets based in Northern and Far East Russia. It has also insured specialist exploration vessels in Antarctic voyages and has experience of dealing with claims during polar voyages when incidents arose.

Yes - the Club recognises that there are additional risks, and has underwritten those fleets that traditionally trade in Arctic regions against the background of considering how their experience and expertise enables them to manage such additional risks. Fleets that are newly considering whether to use the NSR will need to acquire new expertise to undertake such voyages safely.

Q: What are the additional risks from a P&I perspective?

Q: How can the risks be addressed?

The Club expects that a Member contemplating a polar voyage will properly research and assess the risks, and follow the mitigation advice that is now widely available. Much of this is collected on the website here.

Q: How does the additional risk impact on cover?

The Club's Rule 5J provides for a reduction in what can be recovered in the event that a claim arises from a voyage that the Members' Committee consider to have been unsafe or imprudent. Measures such as those shown below would have some relevance to determining whether a given voyage was so imprudent as to trigger Rule 5J.

The Club's Rule 5L incorporates the UK Marine Insurance Act 1906, under Section 39(5) of which an insurer is relieved of liability if the ship is sent to sea in an unseaworthy state with the privity of the assured. This Rule would be relevant in the unlikely and extreme case of a shipowner deliberately refraining from taking measures necessary to make the ship seaworthy for the demanding environment of a polar voyage.

Q. What is required of the owner?

The UK Club's Rule 5K requires the owner, as a condition of cover, to comply with recommendations and requirements of the ship's Classification society and certain statutory requirements of the flag state. The UK Club would expect the owner to have confirmed with the Classification society and flag state that the vessel is suitable for the intended voyage, that it maintains an appropriate Ice or 'Polar' Class if necessary for the voyage and that any requirements are complied with.

The Club will also expect the owner to have notified hull underwriters (who will usually operate a geographical exclusion) of the intended voyage and to have received their approval or agreement to extend the hull cover, if necessary with any amended terms and additional premium required.

Q. Is it necessary to have approval from cargo owners to a voyage via the Northern Shipping Route?

Shipowners are under a duty to cargo owners not to deviate from the "normal and customary" route for a voyage, unless there is a specific agreement to the contrary. There is an increase in the number of voyages from Europe to Asia via the Northern Shipping Route, but such voyages make up only a tiny fraction of the number of voyages via Suez and are clearly not the normal and customary route.

If cargo is lost, damaged or delayed and Owners are found to have deviated from the contracted voyage, they are at risk of losing the right to any contractual limitations and defences to liability, on the basis that their conduct may be regarded as a repudiation of the contract.

Such increased liabilities are not included within normal P&I cover.

Claims arising from a deviation in the sense of "a departure from the contractually agreed voyage or adventure which deprives the Owner of the right to rely on defences or rights of limitation which would otherwise have been available to him . to reduce or eliminate his liability" are excluded under proviso (b) to UK Club's Rule 2, Section 17, unless special additional cover has been agreed in writing.

Not all Arctic voyages will be a deviation from the contract of carriage. A ship may, for example, be following a normal and customary route in the case where a fully ice classed ship is employed in Russian cabotage trade.

Q. How should any agreement with the cargo owners be recorded?

If cargo is carried under negotiable bills of lading, the front of the bills of lading should be endorsed to make clear that the contractually agreed voyage is via the Northern Shipping Route.

Q. What other contractual risks should be addressed?

If the ship is on time charter, the owner should seek to address in advance, in the charter party, the question of who is responsible as between owner and charterer for matters such as the engagement and costs of pilots and icebreakers, obtaining approvals from the NSRA, the costs of any additional insurance premium, increase of temperatures that may be experienced en route during the polar voyage and what extra spare parts should be carried on board.

Q. Where can I find out more information?

The UK Club website has an excellent page on polar shipping where links to key resources are collected in one place.

Q. What else would the Club expect?

For the purpose of being satisfied that the voyage was not imprudent or unsafe, the Club would expect the owner to have taken expert advice to address at least the following matters:

Exis Technologies, with the support of leading shipping and freight insurers, 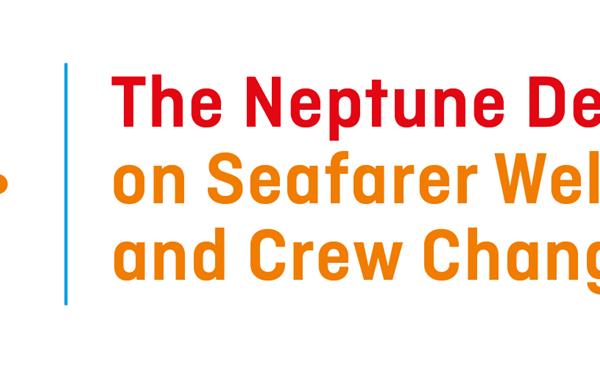 ITIC The Wire - Focus on Superyacht