To see the article as it appears in Insurance Day, please click hereBenchmarking legal costs

There is a danger cover levels purchased a decade ago by those in the shipping industry may now prove to be inadequate to fund a case through to trial.International Transport Intermediaries Club Ltd (ITIC) recently conducted a survey designed to analyse the levels of legal costs cover ship managers, brokers, agents, surveyors and other shipping intermediaries may need in order to protect their interests.

The results proved to be very instructive and, in some respects, surprising.

There were very sound reasons for conducting the survey. ITIC's origins go back to the 1920s, when a club for shipbrokers was formed to pursue unpaid commissions.

Through the years, professional indemnity cover has become the club's main product, but legal costs insurance for pursuing unpaid commissions and disbursement accounts remains an important part of what ITIC does.

Many members who buy ITIC's debt collection cover have done so for a considerable period of time. As a result, the limits purchased may not have been reviewed for a number of years and there is a danger cover levels purchased a decade ago may now prove to be inadequate to fund a case through to trial.

Telling assureds - some of whom come to ITIC directly, rather than through brokers - they need to buy more cover will inevitably attract a degree of scepticism. The issue facing the club was therefore how to demonstrate the level of today's legal costs.

ITIC has extensive experience in this regard. Its claims team handles about 550 disputes a year and has considerable experience of legal costs worldwide.

While this experience is an essential component in the club's reserving, ITIC wanted to provide the insured with a more tangible demonstration of the amounts of insurance required to fund litigation.

In early 2014, ITIC conducted a legal costs survey by giving a panel of London solicitors - all of whom had previously been instructed on cases involving ITIC's members - a hypothetical claim scenario involving a shipbroker who had been cut out of commission. The solicitors were asked to estimate the costs the shipbroker would have to pay to take the matter to court.

As a purchaser of external legal services, ITIC was conscious some solicitors could view the exercise as a marketing initiative and would try to demonstrate they were cheaper than the market average.

The survey documentation therefore gave express assurances ITIC would not use the results to compare one firm against another, nor would ITIC make public any individual estimate.

ITIC stressed, for the survey, it was not looking for the cheapest quote in order to make any appointments. ITIC also tried to ensure there was a balance of firms, from large commercial practices to smaller specialist ones.

The claim story given to the solicitors was based on cases financed by ITIC. The scenario considered by the solicitors involved a sale and purchase broker. The broker claimed it had introduced the principals and had undertaken the original groundwork towards the deal.

The broker claimed it had then been cut out at the last minute and replaced with another broker who simply "tied up the loose ends". The sellers denied they had any commitment to the brokers. The amount of the claim was stated to be about £300,000 ($513,438).

This scenario was not a "cost heavy" case. A dispute of this nature is likely to involve no more than a couple of witnesses and an expert giving evidence on each side.

ITIC asked the solicitors to assume such would be the case. ITIC also specified the documentation involved, and therefore the cost of the disclosure process, would be relatively modest - approximately three lever-arch files of documents containing printed copies of emails and the like.

The exercise concluded the average estimate for what the broker would pay in legal costs to bring its claim through to the end of a trial was £177,163 - 60% of the amount at stake.

Under the English legal system, a losing party is responsible for the opponent's costs. ITIC asked the solicitors to estimate the potential liability if the broker lost the case.

In practice, costs liability is influenced by Part 36 Offers, but the survey asked the effect of these be ignored and the basic figure given. The solicitors estimated the likely additional liability if the broker lost would amount to £139,687.

This would bring the total costs liability faced by the broker to £316,850 - more than the amount at stake. As one solicitor commented: "The one conclusion to draw from the above figures is that, for a claim of $500,000 commission, you really should be looking to resolve the dispute amicably."

The length of responses ITIC received varied from a simple estimate to a step-by-step analysis. In the "ballpark" category, one firm commented: "Our very rough rule of thumb is it will currently cost a client £100,000 for each day of the hearing/trial to take a matter from the start through to a hearing."

Producing cost budgets is now very much part of litigation and the majority of responses included a detailed breakdown of the various stages of the litigation process. In time, this budgeting of legal costs will lead to greater discussion of fee arrangements, but the purpose of the survey was to provide an overall figure for ITIC's members to use when considering their cover requirements.

The nature of the business conducted by ITIC's assureds is global, and arbitration is a common form of dispute resolution. A number of the respondents commented on the increased costs involved, a typical assessment being £45,000 for the arbitrators' fees and £4,000 for room hire.

The claim scenario given to the solicitors was a relatively simple case and there are inevitably many factors which could distort (and especially increase) the costs.

For example, one respondent commented: "The estimates assume all the witnesses speak English and the documents are in English. If translators are involved, you need to add about £10,000 on to the figures for the translations."

The figures provided by the lawyers should therefore be regarded as a starting point when considering the level of cover needed to fund a case going to litigation.

Comparatively few cases proceed all the way to trial and many will settle at an early stage, often without the need for formal legal proceedings.

But it is important brokers and other intermediaries have a sufficient level of cover to fund the matter going to litigation and access to debt collection cover which pays not only for the intermediary's own costs but also for potential liability to opponents.Andrew Jamieson is a barrister, and claims director and legal adviser, at ITIC.www.itic-insure.com 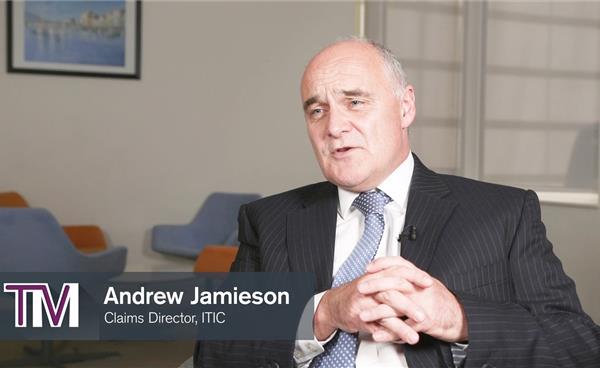